Posted by Ryan Ngala at 6:41 PM No comments:

Email ThisBlogThis!Share to TwitterShare to FacebookShare to Pinterest
Labels: The Beatles

Posted by Ryan Ngala at 6:06 PM No comments: 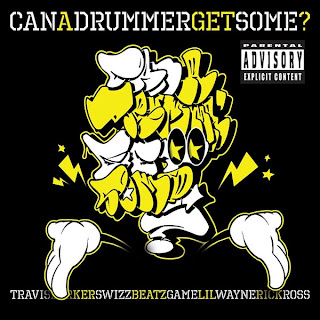 Baby I Like It (Feat. Fabolous & Diddy) | Kevin Cossom

“Baby I Like It” is the debut single from JIVE’s R&B/pop Singer-songwriter Kevin Cossom‘s upcoming debut studio album. The track features production from Danja, and American rappers Diddy & Fabolous.

He is gearing up for the release of his yet untitled debut album which he describes as a direct reflection of who he is-some city suburbs and part spiritual part, “My music is really eclectic Not ryggsäck or play conga eclectic but I am inspired by something that drives music to another level, I would definitely describe my sound as unpredictable yet safe enough to understand its feeling good and it is fresh”

In an era of reality stars and hardcore hip-hoppers, it is good to see that there are certain artists who are still doing this for the love of music, whether it is his moving voice, or his soulful songwriting Kevin’s love and passion for thegame is what makes his fans want more. Cossom’s debut studio album is set to be released in early 2011 from JIVE records.

I Just Had Sex (Feat. Akon) | The Lonely Island

“I Just Had Sex” is the first single from group The Lonely Island‘s upcoming second studio album,The Best Damn Thing Ever.

The Lonely Island announced on October 26, 2010 on their YouTube channel an upcoming album for 2011. On December 18, 2010, in an SNL Digital Short, the trio performed “I Just Had Sex”, one of the songs from their new album.

Posted by Ryan Ngala at 5:01 AM No comments:

Email ThisBlogThis!Share to TwitterShare to FacebookShare to Pinterest
Labels: Akon, The Lonely Island

1. Til I Forget About You

Lloyd's Upcoming Album "King Of Hearts" Will Be Release In March The 22nd
Posted by Ryan Ngala at 2:35 AM No comments:

Email ThisBlogThis!Share to TwitterShare to FacebookShare to Pinterest
Labels: Lloyd

Lupe Fiasco "The Show Goes On"

The Show Goes On Is The Track Produced By Kane Beatz

Behind the scenes at the video shoot for Welcome to My Hood in Miami directed by Gil Green.

In An Exclusive Coverage With Clevver TV Demi Lovato Offered A Timbaland Collaboration.
Even while Demi Lovato continues her treatment, she's getting a top shelf collaboration offer. Find out who made her a special video request, up next.

Hi guys! I'm Dana Ward and you're watching ClevverTV. So today we're talking about a recent YouTube video asking Demi for a collaboration. Industry producer Timbaland spoke out to DL, saying that it's hard to impress him but he is amazed by her talent, saying 'wow' more than once. In fact, T revealed that he actually made a song, just for her, and then he played a sample of an acoustic version of the track, being sure to say that this is exclusively for Demi and he hasn't yet put the magic touch on it. Some of the lyrics go like this: You said you would take care of me, We would always be living good, And you said you get big one day, but you wouldn't get Hollywood, Then opportunity called your name and you said that you didn't feel the same way I felt for you.' So hopefully Lovato catches word of the video from Timbaland, and if she does, do you think she might collaborate with him on this song?
Posted by Ryan Ngala at 2:05 PM No comments:

Posted by Ryan Ngala at 9:50 AM No comments: